The Rio Uruguay originates in southern Brazil near Santa Catarina. On a distance of 1800 km it initially forms the border to Argentina, then to Uruguay and finally flows into the Rio de la Plata near Buenos Aires. In the northern province of Misiones, a longitudinal waterfall known as Saltos del Moconá with a fabulous length of 1800 m formed along the course of the river at Soberbio. The dense Selva Misionera vegetation thrives here. The seeds of the plants are transported further south by the current. These now thrive splendidly along the course of the river in the adjoining gallery forests far to the south. Even at Colon, less than 300 km from Buenos Aires, they cover large forest areas. While the surrounding land is largely destroyed by agriculture, this floodplain is in an almost untouched state. The pretty town of Colon is heavily frequented by the Portenos in summer for its sandy beaches and is a good starting point for tours offered by travel agencies.

The dense vegetation of the island world in the Rio Uruguay contains a large number of wild animals, which have been decimated by the desire to hunt. Mammals like the small spotted cat or the grey azama, which belongs to the deer skewers, are hardly to be seen. In the sandy water live freshwater fish like the stingray, tiger tetra or the Sorubim catfish. It is easy to observe the rich bird life such as the giant Cocoi heron, the black-backed scissorbill breeding here or the colourful Amazon fisherman. Similar to the vegetation of El Tigre in the delta of the Rio de la Plata near Buenos Aires, the willow species Sauce criollo, the laurel species Laurel del Rio or the Argentine national tree – the cockscomb tree Ceibo – thrive here. 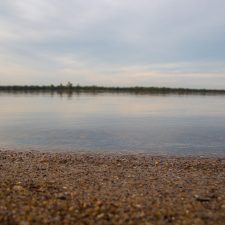 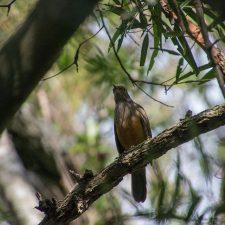 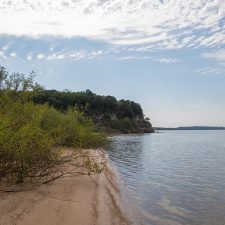 In the summer Colon is full of tourists from Buenos Aires, who mainly enjoy the sandy beaches of Rio Uruguay. We nest in the cosy Hosteria del Puerto, with a small pool and a good restaurant. The building is one of the oldest in the city, there may be some problems with the water but the house has great charm and good cuisine. We pay 70 USd for the double, whereby the room is quite small and the toilet makes noises like an air raid in the Second World War. We walk along the Costanera to the beaches and the campsite. Right next to the hotel there is another restaurant that makes a really good impression, the Sotano de los Quesos. Opposite is the tourist information right next to the harbour. At the Plaza San Martin are the best hotels on the spot and the travel agency Itaicora www.itaicora.com At 15.30 they organize daily excursions by boat and on foot to the islands in rio Uruguay. In autumn the avocets (Rynchops nigra) nest here. However, there is little to see in animal world on such a short jump. But it is worth it because of the explanations to the flora. Miguel organizes opposite the Hotel Quirinale at the Costanera fish tours on the river. For 60 Usd per person it goes for 6 h to the sea bream to the collar. At the lower corner of the Plaza San Martin there is the pub Cafe Bar Juanes with tables outside.