Cordoba and its surroundings are not too high on the wish list of foreign travellers. For national tourism, on the other hand, it plays an important role with over 3 million visitors a year. The Sierras de Córdoba rise here from the flat soup plate of central Argentina. Over a length of 500 km, the mountain block stretches from north to south, roughly divided into three mountain ranges. Especially the southern Sierra de los Comechingones offers many hiking possibilities. In the hot summer it also promises some cooling. The highlight of the whole Sierra is the Cerro Champaqui with 2790 m. 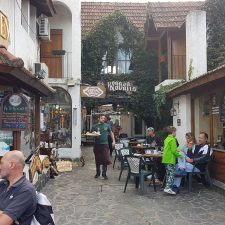 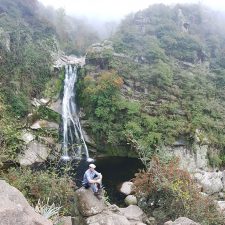 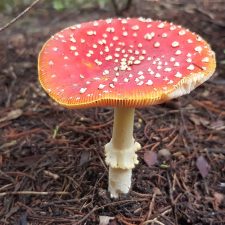 Several beautiful places offer themselves as starting points for migrations. First of all, the village of Villa General Belgrano, completely equipped for tourism. The little town is known in Argentina for the Oktoberfest, the biggest beer festival of the country. It was founded in the 30s by German settlers. When the warship Count Spee sank into the Rio de la Plata in 1940, the crew found their new home here as well. Today the well-kept place is the centre of German-speaking culture in Argentina. Pork knuckles, sauerkraut and fried sausages can be found in almost every restaurant. In addition a multiplicity at beer breweries with genuinely good brewing art.

From here, a short hiking trail leads in about 40 minutes up to Cerro la Virgen with a beautiful view of the village and the mountain range. From the centre, one gets by foot in 20 minutes to the starting point of the tour, right next to the gas station at the Ruta Provincial 5. 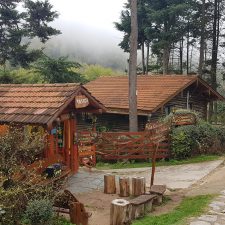 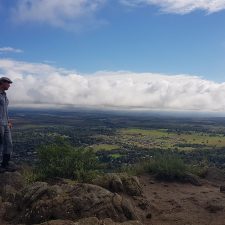 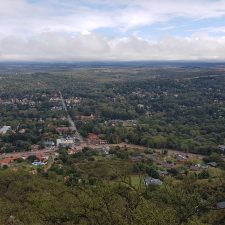 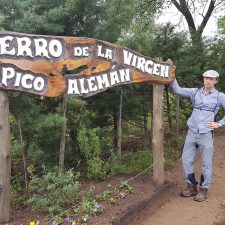 Only about 30 km away is the even smaller village La Cumbrecita. At the entrance you park your car and cross the bridge to the centre, which can only be visited by pedestrians. Right at the parking lot there is also the tourist information with a small map of the place and the surroundings. Day visitors pay 10 USD parking fee. La Cumbrecita is beautifully situated on the mountainside and has the flair of a small village in Tyrol. Half-timbered houses, coffee and cake, small paths to natural pools along the course of the stream. A short path leads in about 30 minutes to the waterfall Cascada Grande, super beautiful. A day trip leads to the waterfall “Cascada Escondida”. But you are only allowed to visit it officially with a guide. After the bridge they have their information office, Trekking Cumbrecita fono: 03546-15514950.

With them you can also organize the three-day trekking tour to the highest mountain of the Sierras de Córdoba, the Cerro Champaqui.

The Cerro Champaqui is very popular with Argentine hikers, so many paths lead up to it. Closer than the ascent from La Cumbrecita, the route leads from Villa Alpina to the 2790 m high summit. From here there is the normal route and a less beaten path over the Puesta las Pampillas. Both options take 2-3 days up and down. Alternatively one goes over the Cerro Champaqui to the southern bordering Cerro Los Linderos. From here you can be picked up by all-wheel drive and reach Villa General Belgrano again in 3 hours. In the village there are several tour operators which offer the complete trekking from 200 USD. We did not sleep in tents but in one of the numerous huts.

In the spring from September to November it is not yet so hot. The school holidays in January and February should be completely avoided. In autumn from April it cools down again, but can rain for several days. In winter the sun should shine often and then it is often very cold.

There’s a crazy variety of accommodations in all categories. We chose the Tantra Posada with pool and courtyard for 50 USD in double. From the Tantra one goes only one block into the center, which has a certain advantage with the density of beer gardens.