Peru-Searching for the Spectacled Bear Trujillo is certainly one of the most beautiful cities in the north of Peru. The center with some alleys around the main square still has its colonial character but because of the city you don’t have to travel to the north. But excursion destinations in the closer surroundings like the ruins of Chan Chan or the pyramids Huaca del Sol and Huaca de la Luna are cultural highlights of the country. Trujillo is easily reached by bus or flight from Lima. 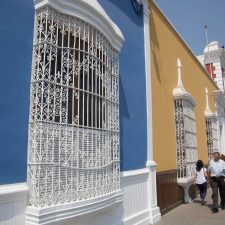 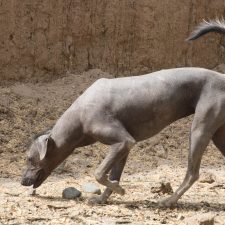 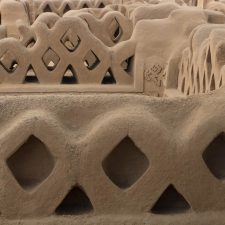 The Hotel Colonial is simple but nice, with courtyards, good Wifi, coffee, breakfast you have to pay extra. There is also a travel agency within the hotel. Here you can book the day trip to Chan Chan and Huaca Moche.

First we visited the Huaca Esmeralda, which is still inside Trujillos. Next stop was the Huaca Arco Iris and then we went to the small museum of Chan Chan. Afterwards followed a longer visit of the largest clay brick culture of the world Chan Chan. Today’s ruins originally represented the only capital of the pre-Columbian Chimú Empire.

A nice change was afterwards the beach of Huanchaco, it enjoys growing popularity with surfers and is also generally worth a visit. Huanchaco is one of the last coastal towns where the fishermen really earn their living with the reed boats “Caballitos del Mar”. In the afternoon we went back to the center of Trujillo and further to the ruins of Huaca Moche with the pyramids Huaca del Sol and Huaca de la Luna. The absolute highlight of the day. 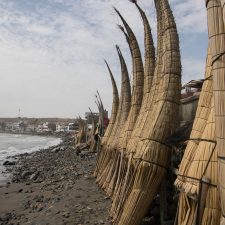 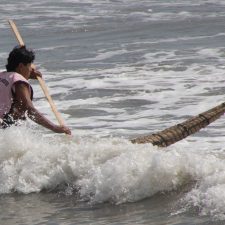 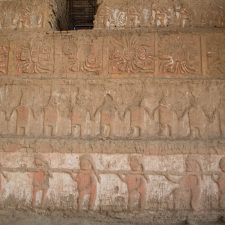 From Trujillo we reach Chiclayo by public bus in four hours. The city is not necessarily an urban jewel now, but here is the nationally known museum “Tumbes Reales de Sipan”. The main square is also quite nice, east the unadorned cathedral, next to it the recommended cafe/restaurant “El Trebol”, which fits well to the overall impression of the city.

Hotel Sunec A modern building, as well as the rooms, very friendly and only two blocks away from the main square.

In the Museum of the Royal Tombs of Sipán is everything  about the prince, today known as Señor de Sipán. He was not only buried with splendid robes, jewellery and plenty of gold, for his life after death he was accompanied to death by his concubines. We also took a Spanish-speaking guide (also available in English) and she was really worth her money. The museum is really great and without a guide it would have only given half as much. We have been there for about 2 h and then with the collecting bus back to the main square.

The nature reserve Chaparri is known for its spectacled bears and with a little luck also for the observation of anteaters. But from the very first moment a lot of bird species impressed us. As a greeting, a gigantic scorpion spider stuck to the tree. Our local guide had fun with the gringos and let the monster run over his face. In the park, spectacled bears are brought back to their natural habitat and released into the wild in a rescue station.

The approach from Chiclayo leads first of all good 2 h on asphalt and then again 1 h on really bad runway to the park entrance. On a day trip there are only about 4 hours left for a small walk. It would be worthwhile to stay overnight in the park, in addition there are 12 rustic but very nice huts. Food is also prepared, the whole thing reminds a little of a camp in the rain forest. The best time to observe the animals is in the dry season from June to November, when the dry forest has no leaves and you can see more animals. We booked a transfer and the really good guide via Moche Chiclayo Tours. From Chiclayo we take the bus line EMTRAFESAC from 23.00 to 7.00 in the morning to Tumbes. The landscape changes a lot. Along the coast bananas and especially rice are grown, everything is lush green. Tumbes is located close to the Ecuadorian border and still really nice for a border town. At the main square there are liverwurst trees, there are a few good cafes and restaurants, but there are also plenty of accommodations to choose from. The most beautiful cafe in Tumbes is the Capuccino, half a block away from the Plazuela Bolognesi. 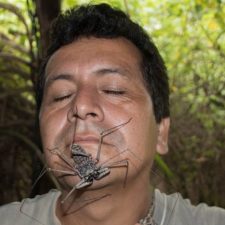 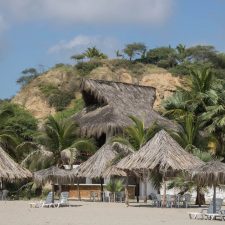 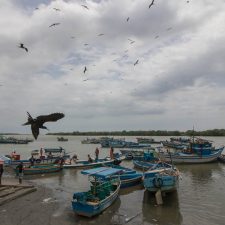 During the day we make an excursion to the beach of Zorritos, which would actually be very nice from the beach but very dirty. A few accommodations along the beach keep their beach section clean but the rest doesn’t work at all. The hotels were almost all closed or totally empty. We liked best the restaurant “Eduardo el Brujo”, with many coconut palms, a clean beach and hammocks. Further south is the Playa Punta Sol, which is supposed to be great but you drive there for 1,5 hours already.

Excursion to the mangrove forests of Puerto Pizarro

The excursion to the only mangroves of Peru is adapted to the tides. First you will be taken by private transfer the 20 km to Puerto Pizarro. Shortly before you can see the water basins of the shrimp breeders. The harbour itself is already interesting, one sees numerous fishermen and frigate birds getting the bites out of the water. With a small boat it goes through the mangrove forests, there are here 5 kinds of it. We stop at the crocodile farm. The Tumbes crocodiles were actually bred as a university project to reintroduce them into the wild. In the meantime the wild population has recovered to such an extent that this is no longer necessary. Only a few kilometres south of Tumbes, at the bridge El Piojo, you can observe Tumbes crocodiles along the stream. Afterwards we pass a bird island with a huge number of frigate birds and heron species. At noon we land at Isla hueso ballena and order the typical fried fish with yuka. The whole thing for 20 USD per person.

The park can be reached on a good road in about 1.5 h from Tumbes. From February to April the forest is green, but only few animals can be seen. Otherwise the forest is without leaves. Who has several days time for a trekking, has good chances to see animals, in one day one can make a nice excursion and for example climb up to the Mirador Bocana Carillo. With a local guide, one visits small farmers on the banks of the Rio Tumbes and tries tropical fruits. 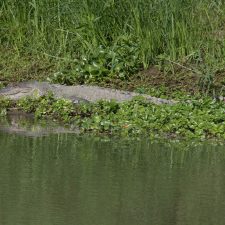 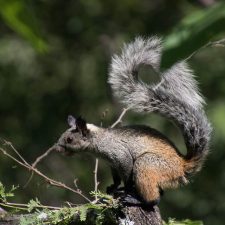 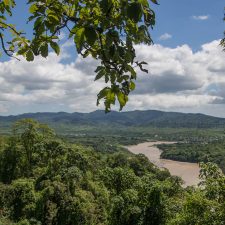