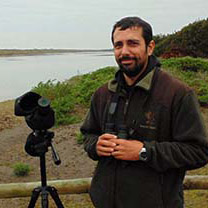 Birding by the coastal wetlands of Maule Region.

As all birders, I do not have problems to get up early. Getting up early is the first premise to have a good day of bird watching, so I leave Talca when it is still dark and after an hour and a half by road I arrive at the wetland Putú when all the birds are singing and looking for their first meal of the day.

Chilean authorities have recently recognized this wetland as a Nature Sanctuary and internationally it is an IBA (Important Bird and biodiversity Area) site recognized by the prestigious organization BirdLife International, and is that these few hundred hectares host 130 species of birds. 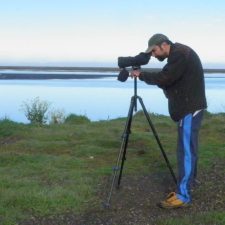 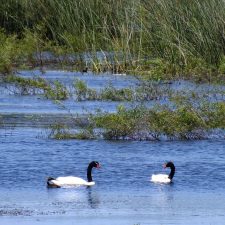 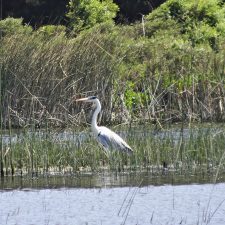 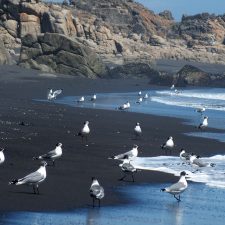 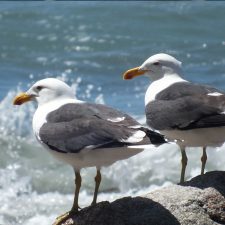 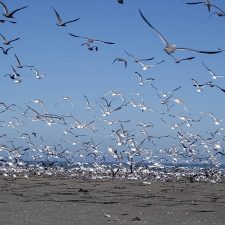 I mount the telescope in the viewpoint that is right next to the road just three steps from the car, from there you can see the lagoon, the pajonal and the paddocks behind. At one point, I count several species of ducks, herons and waders… from the pajonal comes the discreet little voice of one of the jewels of the Chilean fauna, the precious Seven-colors (Tachuris rubigastra). Without moving, I turn 180 degrees and just on the other side of the road, there is a remnant of native scrub. You just have to tune your ear a bit to detect a couple of endemic species typical of that type of habitat, the brown Hued- hued (Pteroptochos castaneus) and Colilarga (Sylviorthorhynchus desmursii), very difficult to observe but very vocal and, as known by all the fanatics of bird watching, the song counts as direct vision. With a good amount of annotated species, I put the telescope on my shoulder and walk along the path that crosses the wetland towards the coast. In the pastures and nearby meadows I can detect new species of birds, among them the discreet Miners (Geositta cunicularia), Little dancers (Anthus correndera) and a male of Chercán de Las Vegas (Cistothorus platensis) vocalizing at full lung.

Travel along the coast

I go back to the car and head north along the coast. At a few kilometers, I stop to take a look at the Mouth of the Huenchullamí River; here the level of the water is very variable, today it is full of water so there are many black neck swans. The days that it is lower, is more entertaining to look for Chorlos and Playeros. Using telescope and binoculars, I check the flooded paddocks where a group of horses graze and I add some more species to the list, among them the very discreet duck pato Rinconero  (Heteronetta atricapilla). 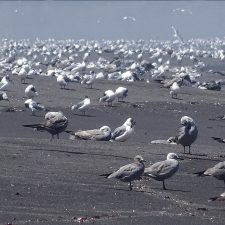 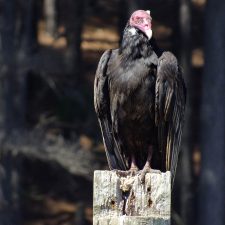 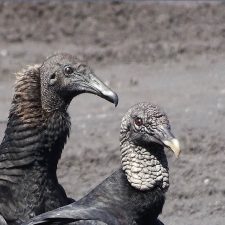 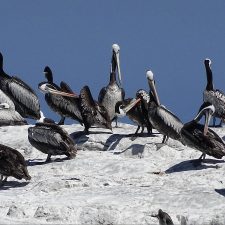 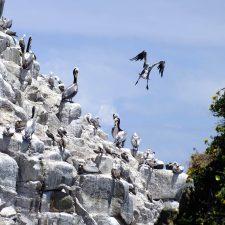 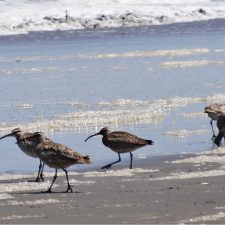 The IBA Mouth of the Mataquito Site

I continue going to the north until crossing over the Mataquito river, I look for the estuary area that is also internationally recognized as IBA, I continue until I reach the end of the river. On the banks there are a multitude of birds, large numbers of Cormorants, Pelicans and several Seagulls, among them the wanted Garuma gull (Larus modestus) one of the local specialties. I approach the sea, I am a fan of seabirds, instantly I see the most beautiful of the cormorants, the Lile (Phalacrocorax gaimardii), then a huge flock of Guanayes (Phalacrocorax bougainvillii) and at a distance over the sea I see through the lenses a large flock of black Fardelas (Ardenna grisea) moving south, with a bit of luck I hope to detect some Albatross, they can always be seen at some distance but with practice they can be identified at species level from the beach. I search and look for… and for a few seconds I see the unmistakable black and white pattern of the underside of the wings of a young black-browed albatross (Thalassarche melanophris). I move up the river and concentrate on one of the highlights of the day, the fluvial islands and sandbanks that form on the last stretch of the Mataquito River. The number of birds is tremendous: huge groups of migratory birds are mixed with the residents, among the first ones there is a large flock of American Rayadores (Rynchops niger), a group of Curlews (Numenius phaeopus) and a sand bank appears covered by Franklin’s gulls (Leucophaeus pipixcan) and Elegant terns (Thalasseus elegans), among the permanent inhabitants of the site highlights the great concentration of American Oystercatcher (Haematopus palliatus) that has one of its bastions here in Chile. I finish the day with more than 70 species on the list, now I am going to look for a restaurant to recover my strength with a dish of local fish or seafood. In case you are interested in going out with me to observe these and many more birds in their natural habitats you can see our offer or contact me via email. If you want to browse a little we recommend our book Let’s Explore the Coast of Central Chile.

Once in your lifetime – experience the lifestyle of a real Chilean Cowboy Real adventure– Horseback trekking in the Andes of Chile I wake up at daybreak to the smell of burning wood from the campfire. Our Gaucho Danilo has been awake for a long time and has already set a fire with the remaining… View Article