El Palmar National Park can be reached from Colon in less than an hour. In Colon there are a number of hotels, some of them beautifully located on the Rio Uruguay. For example the venerable Hosteria del Puerto or one of the better hotels at the Plaza San Martin. In Colon, one can also book the visit of the park organised as a tour, e.g. at www.itaicora.com 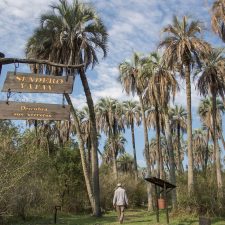 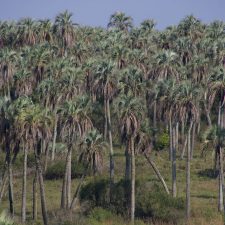 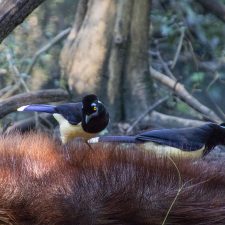 The entrance to the park is right next to the motorway exit, which is also well signposted. The entrance fee is about 12 USD per person, you get a small map. A dirt road leads the 12 km up to the shore of the Rio Uruguay, here is the visitor centre, a cafeteria and a restaurant. On the way, there are several junctions to different view points. From these, several small hikes start, as the 700 m long Sendero Glorieta, the 350 m long Sendero El Palmar or the Sendero Sitio historico. One can spend a good day here in the different eco-sytems of the park.

The main attraction is of course the Yatay Palm (Butia yatay). One of 3000 world palm species, which can live up to 400 years. Originally it covered large areas in the surrounding countries. Today the last large connected area with 8500 ha is located here in the national park El Palmar in Argentina. The density of palm trees is surprisingly high, sometimes they stand close to each other. Allegedly one palm grew per square meter. The fruits have an intense smell, are not edible for humans, but at least one can make a strong liqueur from it. Further frequent plants are the myrthene trees Arrayan del Norte, which also constantly cast the bark from the same family of eyecalypts. Mataojo thrives on the banks of the river, the name comes from the fact that the sap irritates the eyes. There is once again a large list of animals that you can possibly see, which we list below. Very often the capybaras run into you. Sometimes the blue shining cap blue ravens peck parasites out of their fur. Monk parakeets are the hosts here, everywhere it shrieks from their partly fantastically laid out nests. The black and white Teju (Overo) is one of the most common reptiles here, which can be up to 140 cm long. However, these reptiles fall here from April into a cold rigidity and are then no longer to be seen. The prawn raccoon and the vizcachas are nocturnal. But the park is open until 23.00 and so the search is not a big problem. 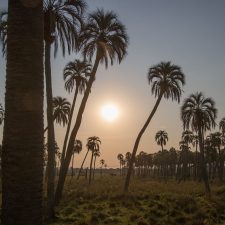 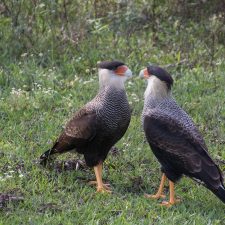