Isla Mocha-Dreamisland for hikers in Chile

The Isla Mocha is a secret tip in Chile and not only for hikers. This jewel of a island of only 52 km² offers great hiking possibilities with its wonderful white sandy beaches and almost untouched natural forests. Both on day trips starting from the accommodation and a tour of several days around the island show the Pacific island from its most beautiful side. There are only a few cars on the only road. The about 700  inhabitants still mostly use horse-drawn carriages. Almost half of the island (about 45%) is covered by native forest, Olivillo, Chilco, Arrayan, Arrayan macho, Ulmo, Canelo and Boldo. The bird life with its 102 species is also interesting. Particularly noteworthy is the endangered Fardela castellana, which nests in caves in the highest forest zones. The singing of the Chucao de la mocha and the shouting of the Bandurrias accompany the visitor on all paths. On the 14 km long and 6 km wide island 1350 mm precipitation fall per year. Due to its location in the middle of the Pacific Ocean, the island has a pleasant average temperature of 12 °C. The island is surrounded by a sea of rainfall of about 1,350 mm per year.

History of the island

The origin of Mocha is to be found in its name. The first natives of the island, a Mapuche tribe called it “Amuchra”, which means “resurrection of souls”. According to the Mapuche people, the island represents the nirvana of the deceased. The island was discovered by the Spanish in 1544. At that time Mocha was inhabited by the Lafkenches, a Mapuche tribe. Since the indigenous people living here did not distinguish themselves by their loyalty to the Spanish crown, they were deported without further ado in 1685. Even dreaded pirates did not have it easy with the “Mochanos” living here. Sir Francis Drake was attacked in 1578 and his face was decorated with a pretty scar. Over 100 ships are said to have sunk around the island. During diving trips these can be visited. For 160 years the island was forgotten until it was populated again from 1833 for economic and political interests. Today about 650 people live on the island, which live mainly from seafood, algae and livestock. Each family works their own piece of land and lives in harmony with nature. This principle is probably also the reason why such a large part of the natural forest has been spared from impact. On 22 May 1960, Mocha was also hit by the strongest earthquake ever registered in the Southern Hemisphere. With a magnitude of 9.5 on the Richter scale, a sea wave of 25 m reared up and rolled over the island. Unbelievable that only one life was demanded. 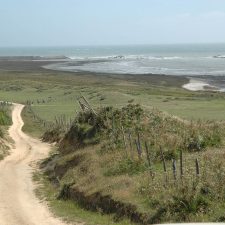 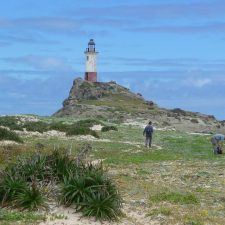 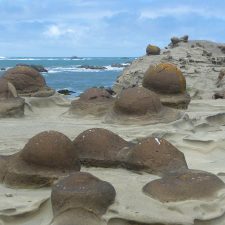 Whatever. If there is already an effort to reach the island, then one should also explore the whole island. For a circumnavigation of the island there is indeed no signposted way that one can follow but it is really easy to always follow the paths to the coast. One asks for drinking water at the farms, there one can erect on request also his tent and gets easily a connection at the island life. If you don’t feel like it anymore, you can take the next horse-drawn carriage or the algae collectors take you with them on their pick up. There is the possibility of buying supplies in the “Centro Civico” with a small food market, half way there. On a day trip one can walk along the west coast, past sea lions and a fantastic bird world. As a day stage, one can be dropped off by vehicle at the northernmost point of the island. Shortly before, one sees sea lions at the coastal rocks. Now again along the coast on the west side of the island one reaches the lighthouse in approximately 3 h, in further 3 h the accommodation. For this purpose, one should be dropped off at the lighthouse. In no case one should miss the island crossing through dense forest, whose treetops form a network that resembles the hair splendour of a Rastafaris.

In principle, the island can only be reached by a short flight, which is also really cheap with about 30 USD. On the island there are hardly any accommodations, restaurants or promoters. Through the lodge Punta Norte or the accommodation Punta del Saco complete packages can be booked at favourable prices, also the flight. 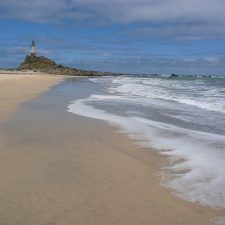 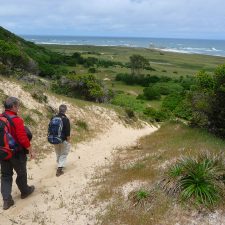 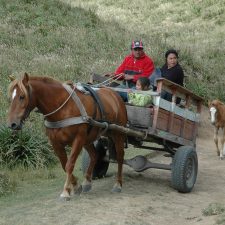 No question about it, Mocha is an island rich in rain, so the best time to travel is in Chilean summer. October is almost too early, the best months are between November and the end of March.